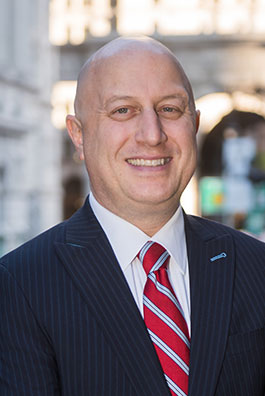 Michael Jaffe is a longstanding leader in the area of personal litigation, whose endless dedication to his clients and civil justice has resulted in successful outcomes for the firm’s most catastrophic cases.

Michael has maintained loyalty and openness with his clients by remaining accessible 24/7 for consultation and counsel.  He treats his clients as family, providing legal and emotional support to every individual he represents. In addition, Michael is a sought-after trial counsel for other firms. He is frequently contacted by colleagues for advice on trial and litigation strategy to help bring significant cases to a favorable conclusion.

Outside of the firm, Michael actively participates in the New York State Trial Lawyers Association (NYSTLA), notably serving as President from 2012-2013. His current position as Co-Chair of the NYSTLA’s Labor Law Committee is committed to fighting to preserve workers’ rights throughout the state. Michael’s persistently impressive ratings from clients and peers have contributed to his recognition as a Best Lawyer, Top Personal Injury Attorney on Avvo, and Super Lawyer since 2011. He attributes his success to his desire to help others and drive to seek a positive conclusion in a dark period of their lives.

Michael regularly handles traumatic and fatal accident cases in a variety of areas, with a strong focus on construction law, worksite accidents, premises liability, automobile accidents, and all other forms of accident litigation in which serious injuries are involved. Knowing he can be the ‘light at the end of the tunnel’ for someone who may have little to no hope after a devastating injury or incident Michael is continuously expanding his understanding of the law and implementing new strategies to gain positive results for his clients.

Beginning his undergraduate education with a Bachelors of Arts degree from Washington University in St. Louis in 1991, Michael then graduated from Yeshiva University Benjamin N. Cardozo School of Law in 1994. He was admitted to the New Jersey Bar in December 1994 and the New York Bar in January 1995 and is admitted to practice in the state and federal courts of New York (Southern and Eastern District) and the District of New Jersey. Michael joined Pazer, Epstein, Jaffe & Fein, P.C. during law school as a summer clerk and as an attorney directly after his admission to the bar. He was quickly made partner in 2000 for his impressive contributions to the firm.

Michael Jaffe's extensive knowledge of the law has rendered him a priceless advocate for his clients and victims of personal injury for nearly 25 years.